CRIMES OF THE KHMER ROUGE

The Cambodian genocide took the lives of two million people. In 1975, the communist Khmer Rouge forced everyone in the country into labor camps. Starvation, torture and execution followed. The inward scars suffered by the victims have kept many from speaking out. Now that the UN-backed Khmer Rouge Tribunal is bringing senior leaders of Pol Pot’s murderous regime to trial, it is a time to shine a light on the atrocities committed in the “killing fields.” A member of the royal family, Molyda Szymusiak lost all of her loved ones. She shares some difficult memories in this edited interview.

HARLOW: Molyda, I am inspired by your memoir, ‘The Stones Cry Out.’ You are so brave. Why did you write a book?

SZYMUSIAK: I made a promise to my Aunt Vathana before her death. If I lived, I would tell the world about all of the evil that happened to us. I am alive and I faithfully told everything, all the horrors of our history, forever engraved on my memory. Aunt Vathana died in the killing fields at the age of sixteen. I was by her side when she took her last breath. She will always be with me. I wrote my book in her name, and I felt her take me by the hand to describe our tragic fate. Before the Khmer Rouge, she was a brilliant student and a gifted writer. She read her stories to me and they brought tears to my eyes. 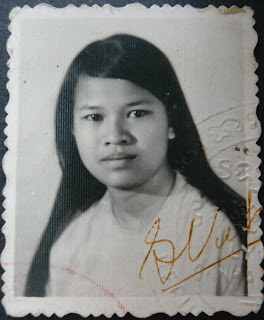 I escaped Cambodia, and after much time and effort, a French couple adopted me. They gave their lives to me. My father, Jan Szymusiak taught at the Sorbonne in Paris. 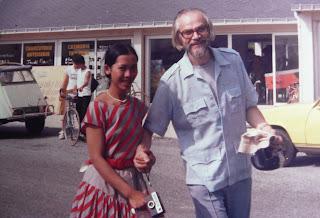 I learned to live a happy life. I married an Italian doctor and I am a mother of two boys, Francesco and Roberto. 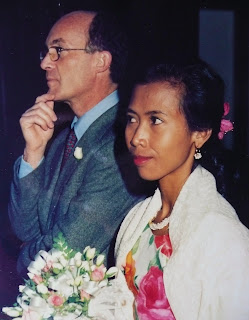 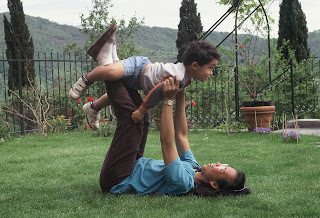 HARLOW: When your family in Cambodia was starving, you gathered lotus flowers along with the seeds. Your mother praised you, saying you always bring back something for its beauty alone. I suppose that even in the darkest of times, good things can be found.

SZYMUSIAK: I was a member of the Cambodian royal family. But I never talk about that because our family did not manage the country well and I prefer to avoid politics. I was surrounded by actors and professional musicians. I found the world to be a wonderful place with a lot of light, and full of people. What joy! I remember the wedding of my uncle, King Vong. The celebration took place in a beautiful garden, with a concert by singer Huy Meas. Her divine melodies filled the air. I spent such fine days at the Royal Palace, with boat races in the daytime and explosions of fireworks at night. They are some of my best memories.


HARLOW: I am sorry that you ended up losing so much of your childhood.
SZYMUSIAK: After the war and everything that happened in Cambodia, I became sensitive. I get sad for no reason at all. Fear takes over, and I am no longer myself. The smallest thing, just a word, or some bad news, or a song, brings back my fear of abandonment. Sometimes I ruin moments of happiness just because I am so aware of being irrevocably alone. I am the sole survivor of a large family.

HARLOW: Do you think that sharing your stories about the tyranny of the Khmer Rouge can help others?

SZYMUSIAK: I hope so. There are many things that I should tell about the crimes of the Khmer Rouge against the Khmer themselves. It is hard to understand how civilized people can fall into barbarism. To prevent it from ever happening again, we must tell the truth about the torture. I do not want younger generations to ever face such horrors.

I worked in a labor camp under the Khmer Rouge in the town of Mong Russei. I did road construction in group number one, with twelve girls. The famous singer, Huy Meas, happened to be there with us. One of our fellow workers asked her to sing a song from another time, before the war, like we listened to on “Radio Phnom Penh.” Hearing her beautiful song again gave me strength to dig the earth.
A soldier called out to the singer, “Oh, I’m glad to see you sing well, comrade. What a surprise! You have stirred up some feelings.” She was so frightened, walking toward those soldiers. I lowered my eyes, not daring to look. When I did, I saw them beating her with a big stick, as she hung from a branch of a mango tree. They cut her breasts off with a palm branch and raped her with a bamboo stick until she died.

My second encounter with torture involves my uncle, the king. Soldiers arrested him during a torrential rain, saying they needed him for an important job. The next day, at about four o’clock in the morning, hundreds of us workers passed by a barn where Khmer Rouge kept pigs for their families. I saw my uncle there, in the pig pen. Two Khmer Rouge soldiers beat him with a large palm branch, cutting his flesh. My uncle cried out in pain. The soldiers laughed. My Uncle Vong said, “The enemies of heaven, the spirit of evil, you are heartless, without justice.”
I went to work in another village about three kilometers away. I saw my uncle, again. A vivid memory. Two soldiers beat him, again. They bound his hands behind his back, hung a pot from his neck and tied another smaller pot to his wrist. The soldiers laughed like crazy, chiding him because he was a king. My uncle cried out, “kill me now, wild men!” The sound of his hoarse voice…
Karen, I do not want to tell the rest of that story.
The years passed. I felt so alone without my family. A pretty seven year old girl picked up an orange off the ground. Soldiers came to arrest her. A young Khmer Rouge soldier, comrade Yeap, led her to her death. He forced the girl to dig a ditch, in impossibly dry ground. She could not make a big hole, even under the threat of torture. I saw this, hidden from view behind some banana trees. I saw the murder of that innocent little girl. Partially buried in the dirt, she was still able to breathe, slowly dying. She tried to get up, her eyes bloody, she was in shock. Comrade Yeap hit her head with a pickaxe and blood gushed out. She cried, and called for her mother. That evening, her mother stood before the grave, weeping. She screamed and dug up the dirt to find her daughter.

My best friend suffered a similar fate. Koeun and I passed through a field of sugar cane, where she found a piece of abandoned cane. Koeun picked it up and sucked on it for a bit of fresh juice. She broke it in two, to give me half. I said, “it’s forbidden to collect things, and if they see you they will kill you!” It was too late. Two young Khmer Rouge soldiers hidden behind some trees mistook her for a thief. They brought her to the communal kitchen and beat her. They shaved her head, cut her clothes, and kicked her. Handcuffed, they took her into the shed. Then the Khmer Rouge suspended her from a tamarind tree, head down, naked, tearing off both breasts, stabbing her in the face, and forcing cane sugar into her esophagus.

All photos of my family were destroyed. We buried them under a tree. But I have one of my aunt, and my mother's cousin who died in the S-21 Tuol Sleng torture prison, murdered because she wore glasses. 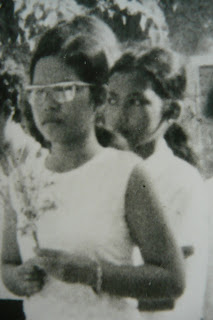 Thinking about these atrocities conjures up all of the bad things in my head. It hurts so much that I might like to die just to no longer feel anything. I have a wonderful life, but the old familiar loneliness still comes back. The metal chains of awful remembrance hold me captive. How does one erase memories?


HARLOW: I do believe that facing our past is good for spiritual healing. How do you feel about the Khmer Rouge Tribunal now bringing the perpetrators of the killing fields to justice?

SZYMUSIAK: I think judging those responsible for the massacres is good because it means acknowledging their existence. A lot of the process is questionable. So much time has passed and there is not enough international attention. All of the real culprits are not being recognized, and a few old survivors are being made the icons of evil. They are not investigating collusion, and responsibilities at an international level.

HARLOW: The victims must be heard. Molyda, you have fought hard for your life, enjoy it. I am sure your Aunt Vathana would be proud of your story. 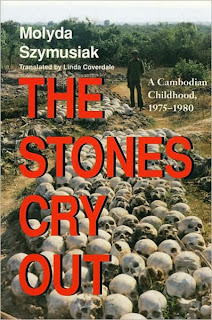 SZYMUSIAK: That sweet and generous girl wanted children everywhere to know that war is the worst kind of tragedy. I want to say to those who have never experienced war, that humans are made to love and help each other. This applies to all of the little things of everyday life, and also to the great events of history.

HARLOW: I hope more people read 'The Stones Cry Out.' I look forward to your next book. You are a survivor.

SZYMUSIAK: I believe it is fortune that saved me. I am lucky to be alive and still finding beauty in the world. 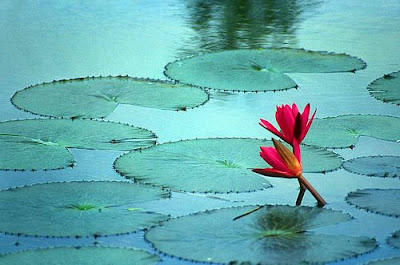 Karen Harlow
Southern California, United States
Hi. I am a radio personality also known as Cha Cha. I worked as a news anchor and reporter for KNX1070 in LA, and a DJ in my hometown of San Diego. My passion for world news, social issues and human rights inspired my historical novel about the Cambodian Killing Fields, 'Black Diamond: A Cambodian Story.' I hope my writing will educate and inspire you. Visit my website karenharlow.com. Follow me on twitter @chachaharlow.