The Road to Freedom

The film 'The Road to Freedom' is based on the true story of photojournalists in Cambodia during the Vietnam war. 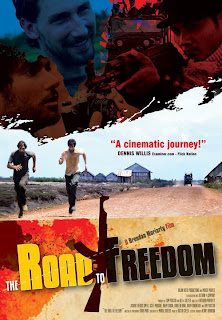 We are introduced to Sean Flynn swimming with a young Khmer beauty on a sunny day in Phnom Penh. We share a tender moment with them in his hotel room, all white sheets and warmth on bare skin. We know that Sean Flynn has it all.


Sean, son of actor Errol Flynn, could have followed in his father's footsteps. He had a Hollywood career of his own, and the same dashing style. But he close a different path, and an assignment in war-torn Cambodia. Flynn's photos captured the people and their lives. He lived dangerously to get them.


Sean Flynn and cameraman Dana Stone venture out into the Cambodian countryside to investigate the shadowy presence of the communist Khmer Rouge. On motorcycles, they travel through lush jungles, rice paddies and remote villages. The tranquility of the Khmer landscape is disturbed by death. A family is slaughtered, their lifeless bodies scattered. A child is left alone, crying in the road. Everyone fears the soldiers dressed in black with red scarves.


The Khmer Rouge takes the two journalists captive. We fear for their lives at the whims of young recruits, and ugly men upholding the ideals of an unknown authority. We miss Stone's wife, just like he does. We treasure the bonds of friendship they make. We feel their hope and their will to survive. And we too want the world to know about the emerging horrors of the Khmer Rouge in Cambodia.


Flynn and Stone escape, but there is nowhere to run. They find a mountain temple and some words of wisdom. The Khmer Rouge finds them again.


No one knows the true fate of Sean Flynn and Dana Stone. 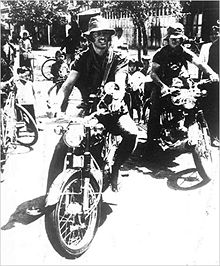 Sean Flynn pursued his dream, or mission, or whatever it is that drives us to get the story told.


"You know he heard the drums of war. Each man knows what he's looking for."~The Clash 'SeanFlynn' 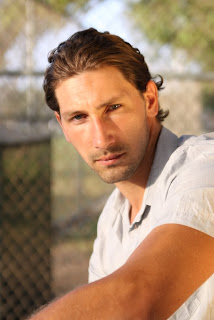 Rising star Joshua Fredric Smith
This post is dedicated to Tim Hetherington. Recent uprisings in the Middle East and North Africa have shined a light on the dangers faced by reporters covering wartime events. Tim Hetherington, Oscar nominated director of the Afghanistan war documentary 'Restrepo' died this week as a result of a mortar attack in Misrata, Libya. His photos evoked an emotional response to the realities of war. 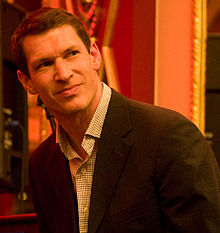